How To Be Thankful for Thanksgiving Staples All Year Long

Overflowing with heavy dishes, the Thanksgiving meal can leave us feeling more stuffed than a turkey, but it doesn’t have to. Don’t waste time worrying about expanding waistbands, but rather expand the appreciation of Thanksgiving meal staples by gobbling up healthier approaches.

Americans take in 3,000 to 4,500 calories during Thanksgiving dinner, as estimated by the Calorie Control Council. That means this one festive feast serves up more calories than most people eat in a day, even double for some. That’s why it’s essential to focus less on what we eat versus how much we consume and how it’s prepared.

When using traditional recipes containing creams and added sugars, opt for smaller portions to allow ample plate space for healthier fare. For example, sacrifice fat, not flavor and creaminess, when using low-fat buttermilk or low-sodium chicken stock in place of cream or whole milk in mashed potatoes, sweet potatoes or butternut squash. Maybe try working in mashed cauliflower into mashed potatoes for a lighter bite. There’s no rule that all Thanksgiving dishes be served in mashed or casserole form. A more whole and less-processed form might be gobbled up just the same. This also applies to green beans; smother them with a can of thick, mushroom soup or toss them in a light citrus vinaigrette.

·  Turkey is a great source of protein because it’s leaner than most red meat and even chicken. A three-ounce portion of roasted skinless turkey breast contains only three grams of fat and is naturally low in sodium, containing less than 25 milligrams per ounce, according to the National Federation of Turkeys. We may only roast a whole bird once a year, but turkey (ground or sliced) should remain a go-to staple. 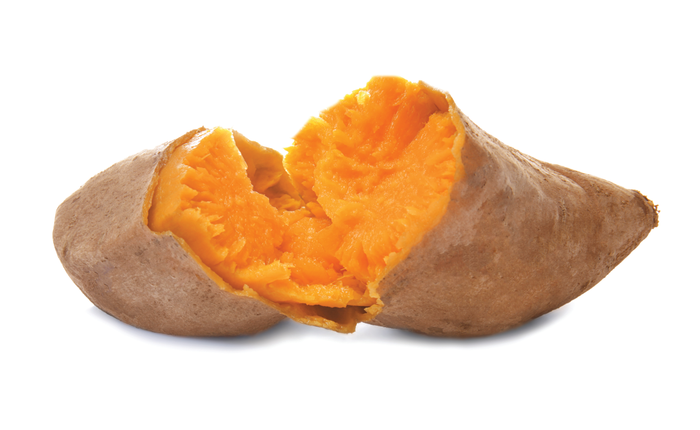 ·  Sweet potatoes boast vitamin A, vitamin C, potassium and fiber that can make a tasty side dish or dessert. Rather than serving casserole-style using heavy cream and sugary marshmallows, explore ingredients like ginger, orange zest, cinnamon and a pinch of brown sugar. Year-round, sweet potatoes are yummy as French fries, veggie oodles, basic roasted (or microwaved) and in pancake batter.

·  Canned cranberry sauce is loaded with sugar, but homemade chutneys work on holidays and year-round from topping turkey to toast (like a jam). Smash fresh cranberries and combine with apple or orange juice, honey or white balsamic vinegar to achieve desired sweetness. Like other berries, antioxidant-rich cranberries aid the body’s digestive health and promote good heart health, even possibly improving blood pressure, cholesterol and lowered risk of cancer. If dried cranberries are a go-to for salad toppings or baking, note that one cup of chopped raw cranberries contains 14.6 milligrams of vitamin C per serving, while one cup of dried cranberries contains 0.3 milligrams.

·  Butternut squash, according to UF/IFAS Extension, has an impressive nutrition profile containing vitamin A, vitamin C, fiber and phytochemicals. It provides 582 milligrams of potassium in one serving which is better than the 422 milligrams found in a banana. Butternut squash is delicious in multiple forms, including soups and stews. For picky eaters, puree butternut squash to sneak into tomato sauce for pasta dishes. ·  Brussels sprouts are a good source of vitamins C and K, folate, carotenoids and fiber. Forgo the artery-clogging bacon bits and instead, top with brain-boosting walnuts or pine nuts, tossed with olive oil, apple cider vinegar and a bit of salt. While this vegetable omits a strong smell when cooked, it can maintain a strong body year-round. 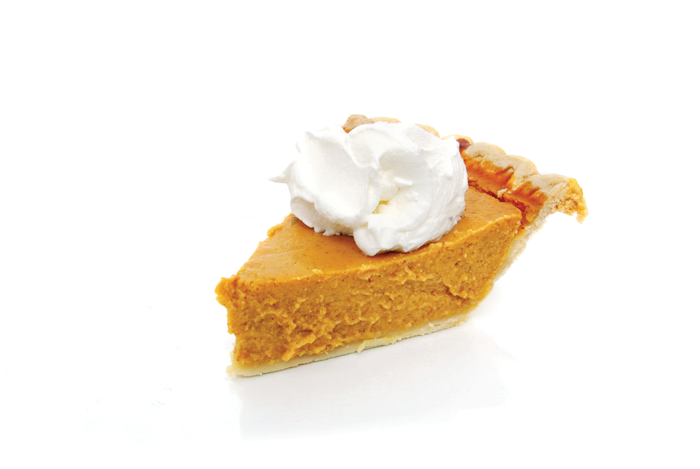 ·  Pumpkin is low in fat and calories, and loaded with potassium, vitamin A and vitamin C. Using a low-sugar recipe, make pumpkin pies with canned, evaporated fat-free milk, a graham cracker crust and light or fat-free whipped topping. Keep a can in the pantry to whip into muffins or breads beyond the fall season. Swap out decadent Thanksgiving pies for baked apples or poached pears.

·  Bread is the star of traditional stuffing, but recipes using cornbread are better, as corn meal is a whole grain. Lighten the dish with onions, celery, carrot and apples rather than using fatty sausage.

·  Gravy can be made less greasy using a fat separator, or refrigerate the pan juices and skim the fat off before making gravy.

Plan to come to the Thanksgiving table hungry, but not starving. If skipping breakfast or lunch, our famished state may lead to overindulgence. Have a sensible breakfast, like yogurt and fruit, and light lunch, like salad or a broth-based soup; and don’t fill up on heavy appetizers or go crazy on holiday drink refills.

Finally, after the Thanksgiving meal, it’s time to shake a tail feather. Research by the American Heart Association shows that we can gain about two hours of life expectancy for every hour of regular, vigorous exercise. Once we've fueled our body with healthier holiday selections, hit the pavement for a walk. Football fans can use half-times for post-turkey pigskin scrimmages in the yard.